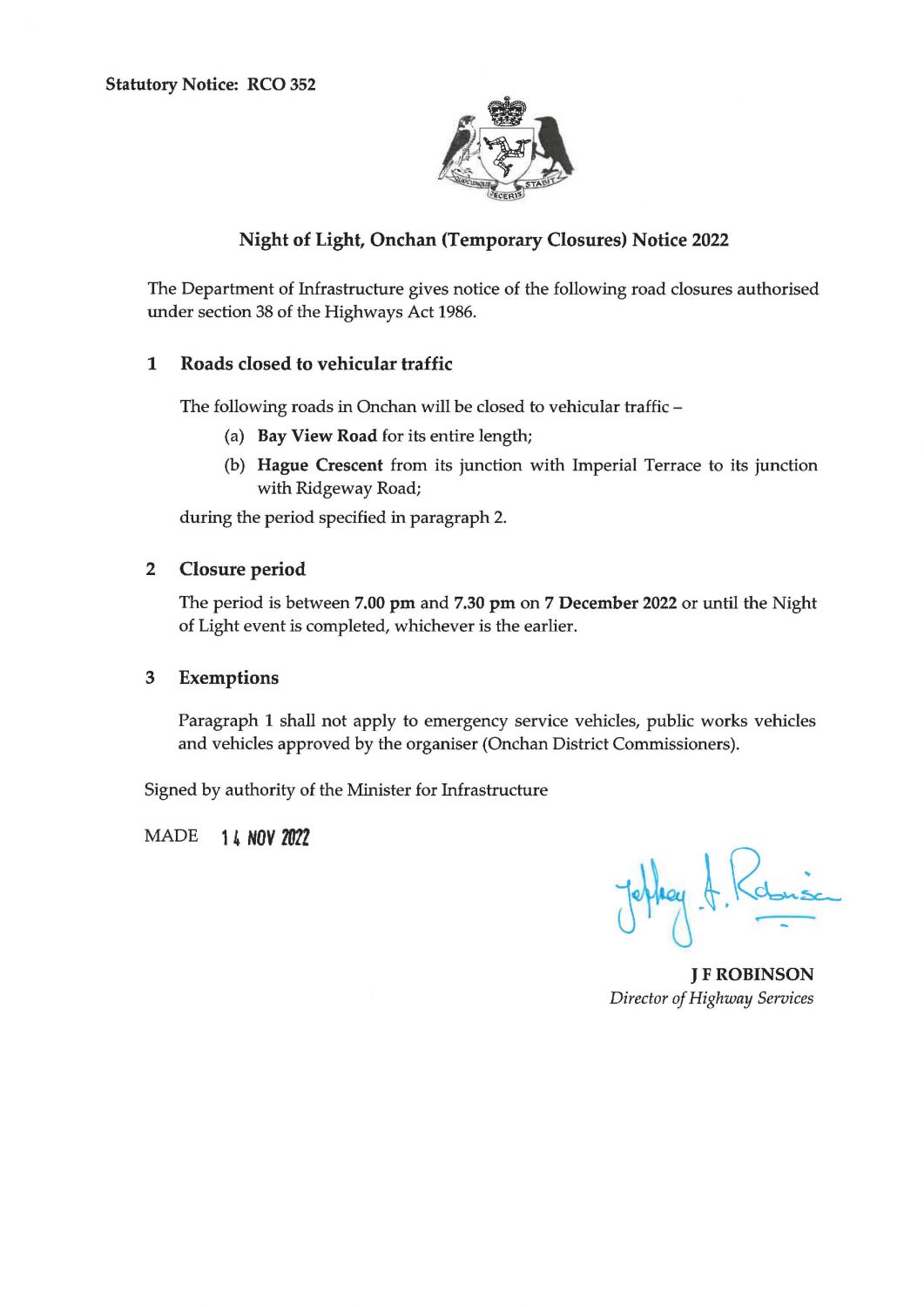 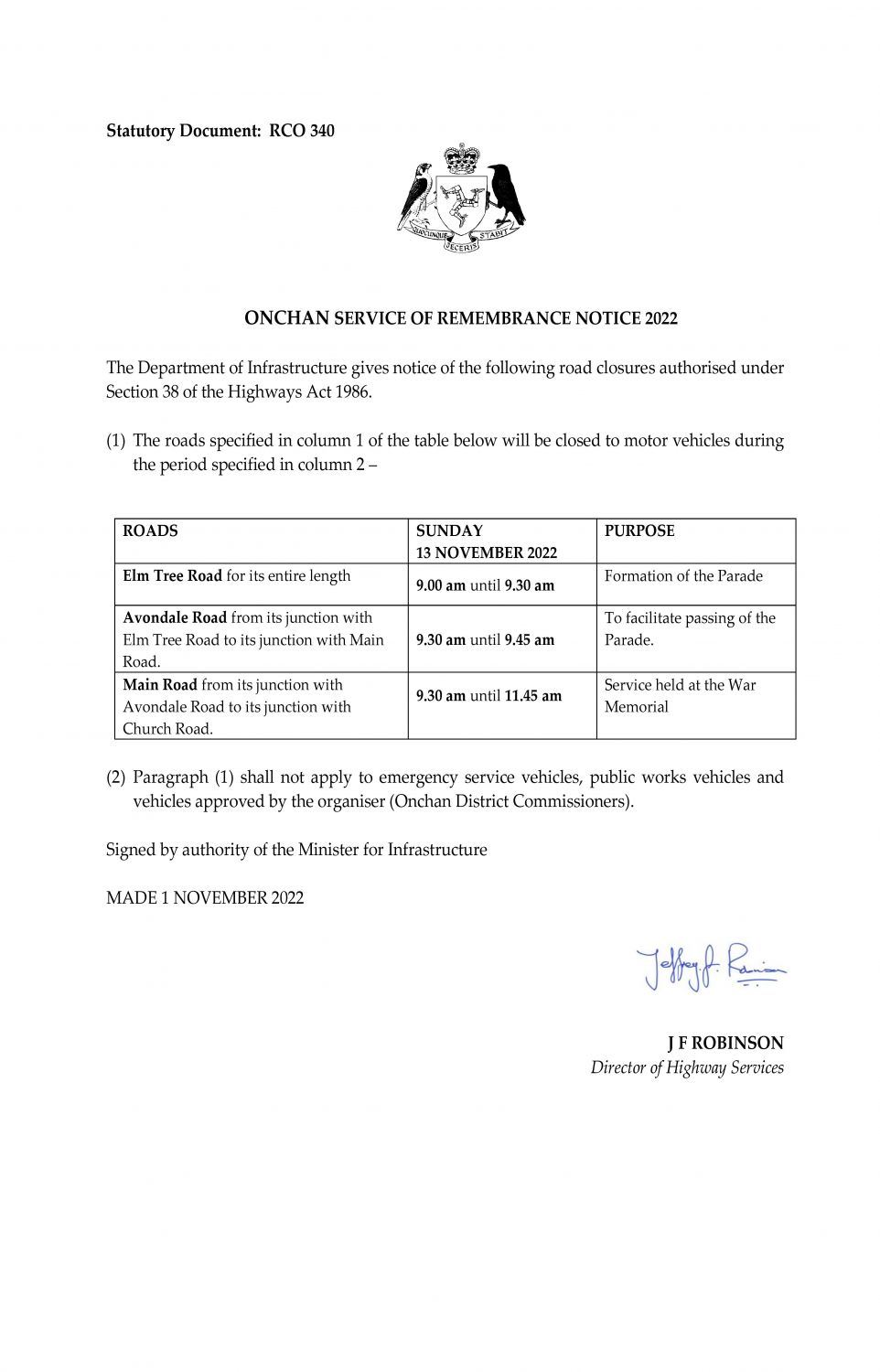 The application is for suspension of parking to enable no waiting restrictions and regulatory road markings to be installed.  The suspension will only be required at the junctions and on the bends. 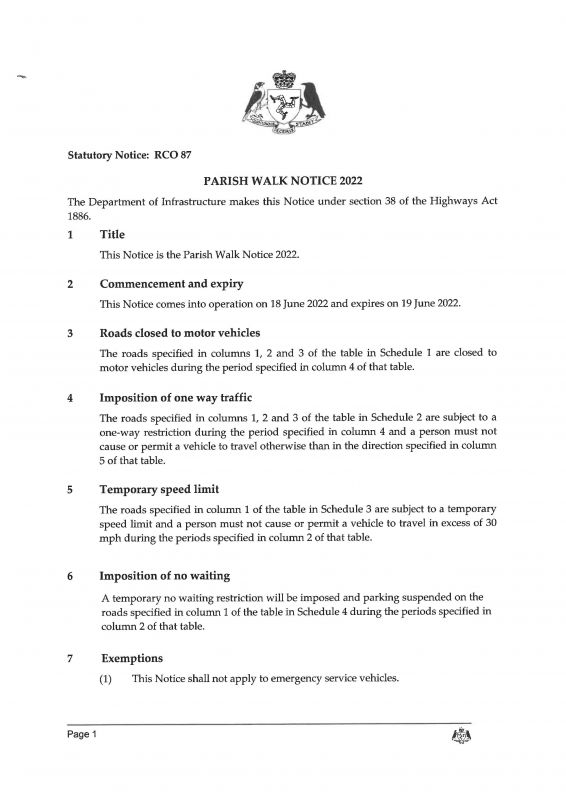 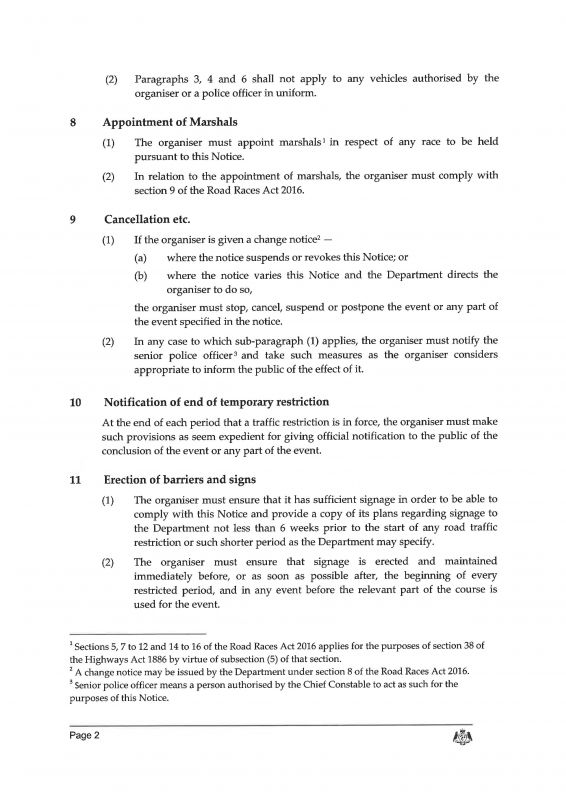 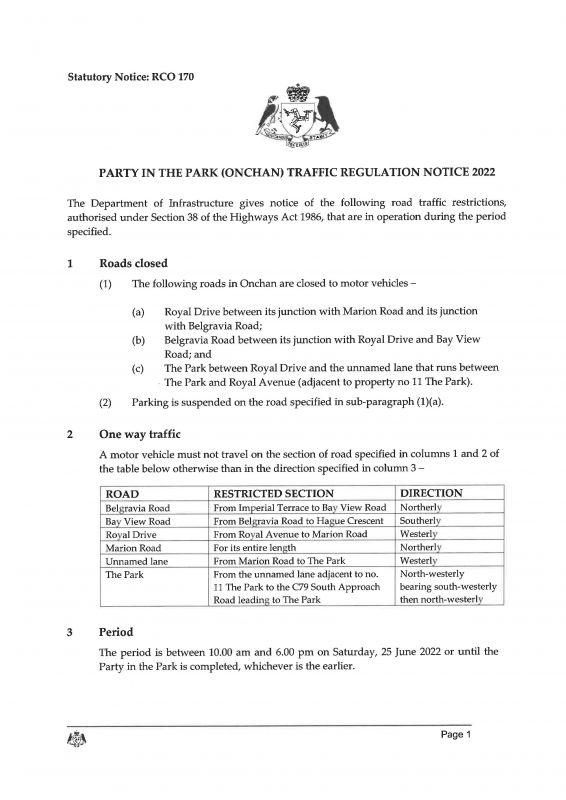 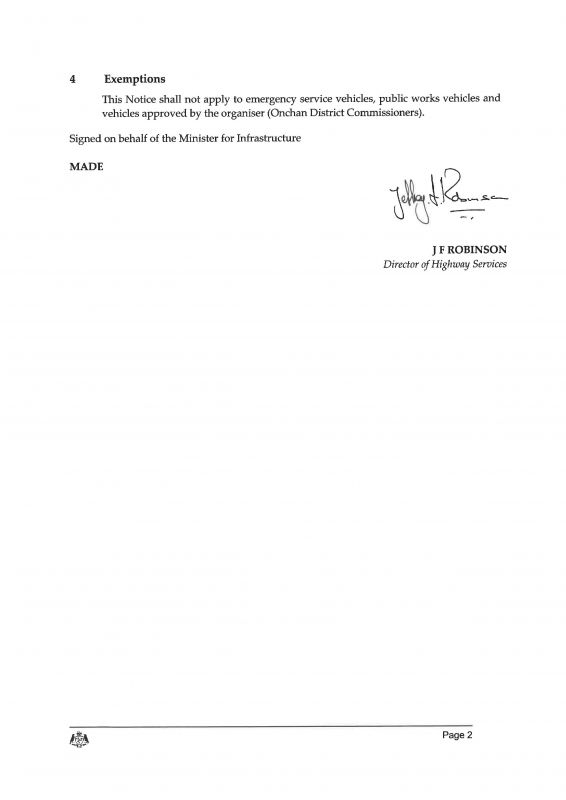 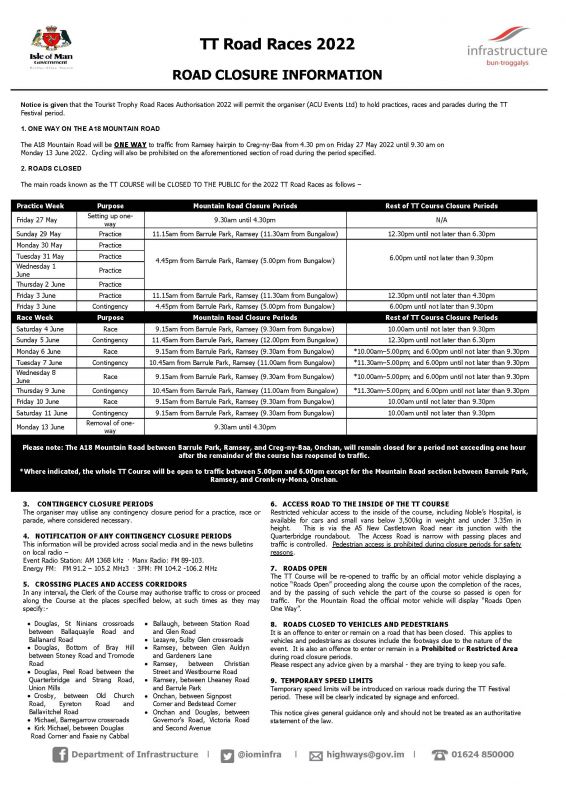 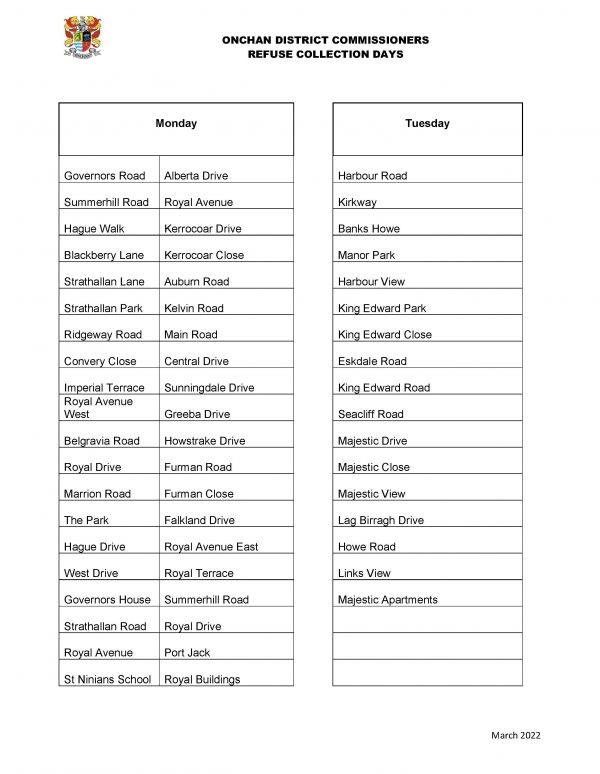 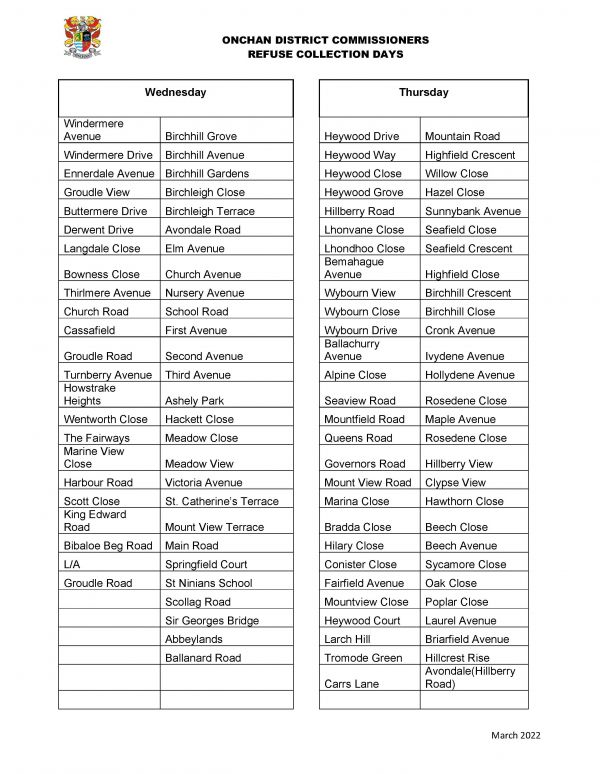 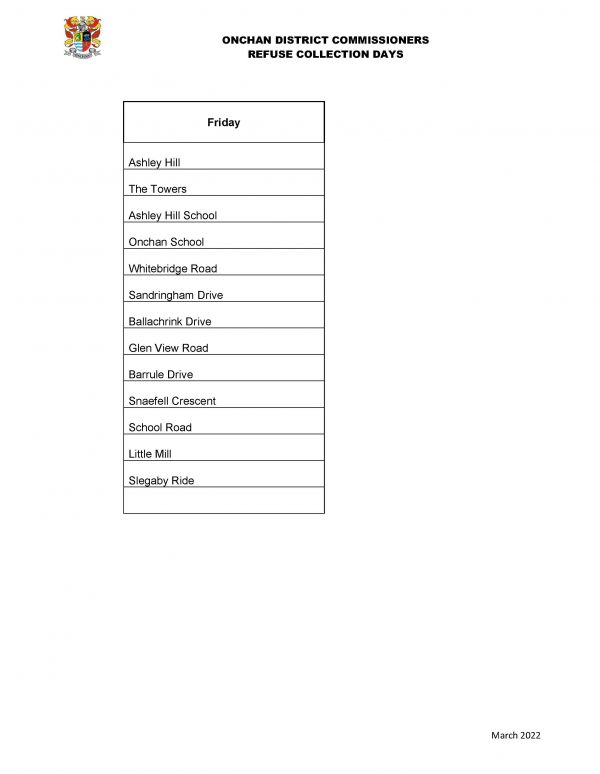 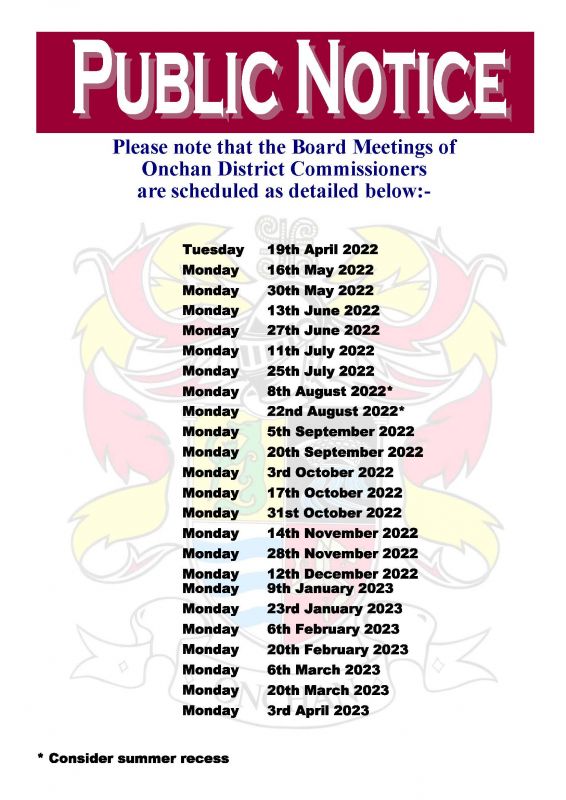 The Lead Member for Finance and General Purposes, Mr Anthony Allen, has announced the rate set by the Board of Onchan District Commissioners for the Local Government District of Onchan for the 2022/23 financial year.

The Lead Member for Finance and General Purposes states "High inflation, energy costs and waste disposal charges means the rates will increase for the financial year 2022/23 by 20p to 346 in the pound, an increase of 6.13%.

This will enable Onchan Local Authority to invest in people, machinery and infrastructure to provide local services for the benefit of everyone in Onchan." 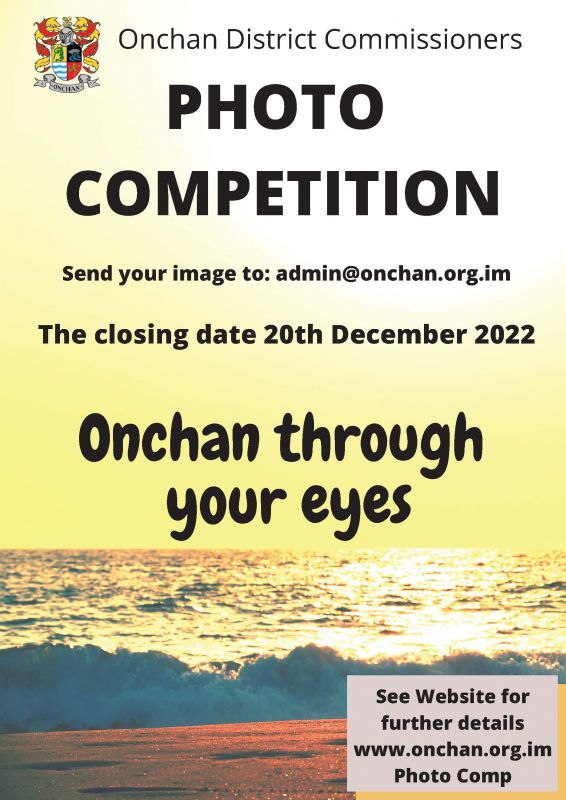 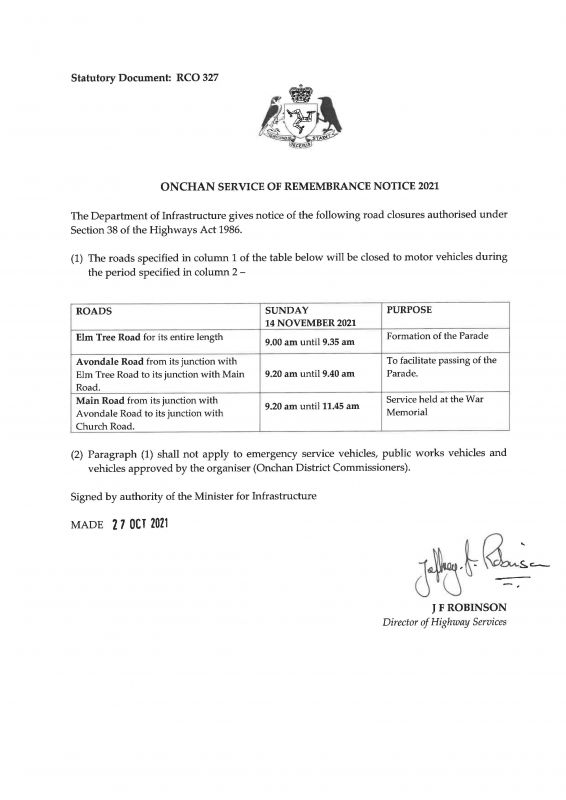 Investigations are underway after newly-refurbished toilets in Onchan Park were damaged on Monday 5th April 2021 between 17:00 and 20:00.

Chairman of the Authority, Mr Derek Creillin said "Onchan Park is a popular place for the public to visit and enjoy.”

“It’s disappointing damage has been caused to the newly-refurbished toilets that have been paid for by the ratepayers of Onchan as part of a rolling programme within the park.” said Mr Crellin.

The Vice-Chairman, Mr Martin Macfarlane commented “Parental responsibility is one of the biggest elements which can help to tackle anti-social behaviour within the community. That means a parent taking an active interest in where their child is going on say, a Friday or Saturday evening and what time they are coming home. If a situation happens it is about working together with the School or with the Police to challenge behaviours for more positive outcomes in the future.”

“It is important to recognise that usually a minority of young people are involved when we talk about anti-social behaviour, and we must remember that there are a lot of amazing young people in Onchan and indeed around the Island.” said Mr Macfarlane.

The Authority has a good working relationship with the Isle of Man Constabulary, local Schools and other agencies in a multi-agency approach to deter and investigate anti-social behaviour within the Village.

Notable points as a result of working together in a multi-agency approach in recent times:

·         Police presence within the Village has increased including foot patrols and visits to youth facilities where Officers have been positively engaging with young people;

·         Development of a space within the Commissioners’ Office at Hawthorn Villa for Police Officers to use in their duties (due to be completed during April 2021);

·         Several improvements to lighting and CCTV within Onchan Park as a deterrent to anti-social behaviour;

·         Further improvements to lighting and CCTV at identified hotspots within the Village are scheduled to take place in the current financial year.

If you wish to report anti-social behaviour, you may contact the Isle of Man Constabulary on 631212 for non-emergency matters. In an emergency dial 999.

At the meeting of Onchan District Commissioners on the 1st February 2021, the rate was set for the financial year ending March 2022.

The Vice-Chairman & Lead Member for Finance and General Purposes Mr Martin Macfarlane thanked his fellow Commissioners and Officers for their diligent contribution in setting a rate for the forthcoming year.

Commissioner Macfarlane reported on the probable financial result for the current year which is set to achieve its budget projections and result in a small surplus – which is attributed to four months of reduced non-essential services and careful financial management in response to COVID-19. The financial standing of the Authority remains comfortable with good cashflow and healthy reserves.

In focusing on the forthcoming year, a budget has been designed to sustain the current level of services with provision for the upcoming election, enhancements to resilience & security of digital assets, property portfolio maintenance scheme, ‘The Rec’ footpath & lighting improvements and to meet inflation including substantial increases to waste disposal charges set by central government.

The Board of Onchan District Commissioners have recognised the current economic climate and agreed that a proportion of expenditure be drawn from the Authority’s reserves to reduce some of the impact to ratepayers.

The district rate for the financial year ending March 2022 will be increased by 3p to 326p in the pound, equivalent to a 0.93% increase.

Commissioner Macfarlane said “This budget has been challenging to meet the demands of natural inflation on products and services procured by the Authority while remained mindful of the financial pressures members of our community may be facing in response to COVID-19.”

“I would like to thank Officers and Staff of the Authority for their careful and considerate financial management throughout this extraordinary year while remaining dedicated to delivering core services to support our community in a time of need.”

If you have concerns about paying your rates or social housing rent, you are encouraged to contact Onchan District Commissioners for advice and support in confidence by phone 675564.

Onchan District Commissioners offer a prompt payment discount of 4% where payment of rates is made in full by the 30th June. 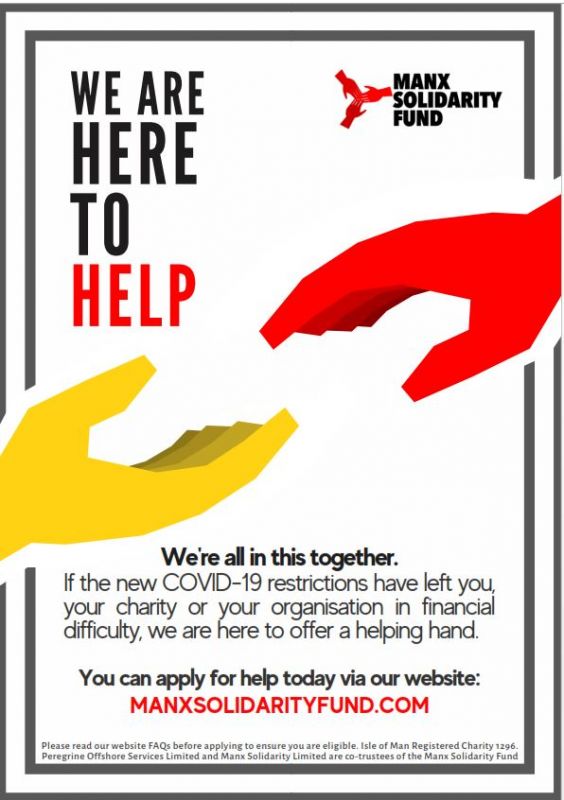 The Department of Infrastructure have released the locations of salt bins in Onchan and are shown by clicking the link: Salt Bins Locations - Onchan .      The location is displayed alphabetically, along with the bin reference number.

If members of the public: -

Please contact the Department of Infrastructure direct on Tel: 850000, or email enquiries@highways.gov.im

Housing provided by Onchan District Commissioners is an integral part of the community for both existing residents and the next generation. A review of the services has been undertaken and the report is available to view

In recent years we have seen an increase in the number of tenants purchasing large trampolines. Onchan District Commissioners have no objection to the use of trampolines, as long as they are not causing a nuisance to other residents and being used in a safe manner. Please be aware of the following advice for safe use of your trampoline:-

What you can do?