PRESS RELEASE - STATEMENTS MADE BY POTENTIAL CANDIDATE FOR BY-ELECTON 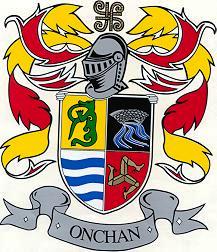 Onchan District Commissioners are aware of statements made in a video published recently by MTTV titled “Former Onchan Commissioner voting lists” where a potential candidate for the forthcoming by-election has made several statements regarding obtaining a copy of the electoral register, being treated unfairly and questioning the need for legal advice to hold a by-election.

At a meeting of the Board of Onchan District Commissioners held on Monday 21st September 2020 the Vice Chairman & Lead Member for Finance and General Purposes, Mr Martin Macfarlane, addressed the Board expressing his disappointment of such serious public statements given there is no formal complaint standing in the name of the potential candidate regarding the matters.

Mr Macfarlane said “Whilst no complaint exists, I felt it was in the public interest to make enquiry to ensure this Authority is treating all potential candidates fairly and due process is being followed.”

“I wish to make it clear that I believe fairness is being applied evenly and due process is being followed. Further I wish praise our Chief Executive/Clerk for her diligence in ensuring this by-election is valid and in compliance with current legislation.”

Mr Macfarlane continued to state the following in response to some of the statements made by the potential candidate: -

“In terms of the claim regarding the electoral register – the public information contained within such a document is sensitive and as such a request must be compliant with current legislation.  Every request received by this Authority is diligently checked to ensure it is in compliance before any data is released.” said Mr Macfarlane.

Members of the Board expressed their views of dissatisfaction of the misleading statements made by the potential candidate.