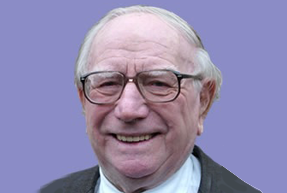 Onchan District Commissioners are saddened to hear of the death of Harvey Briggs of Ballakilmartin.

Harvey was a Commissioner for 19 years and served as Chairman of the Parish Commissioners in 1979-80. He became Captain of the Parish of Onchan in 1997 and received the Tynwald Honour in 2008 for his contribution to Island life through agriculture.

Harvey was a generous benefactor to the District for many years, gifting land for public use and supporting the local community. In 2009, in recognition of his association with Onchan, the Parish Captaincy, and his enthusiastic support for the Library, a hand-crafted bookcase was commissioned in which to keep all the Library’s Manx books.

We would like to express our sympathy to his family and to his many friends.