In the immediate post Second World War years the Onchan Village Commissioners embarked on an ambitious scheme to purchase farmland on the south side of Summerhill Road to provide new homes and a large open area for the residents of the village.

Ten commissioners' bungalows and a close of twelve attractively designed two-bedroom houses were complete by 1950. In between the two groups of dwellings private plots were sold for those who could afford to build their own homes. This was the first integrated housing scheme the Island had seen.

The main feature of Onchan Park was of course the stadium with the first ever banked cycle track around the perimeter of a grassed area which was to become the eventual home pitch for Onchan AFC and the location for many other events. 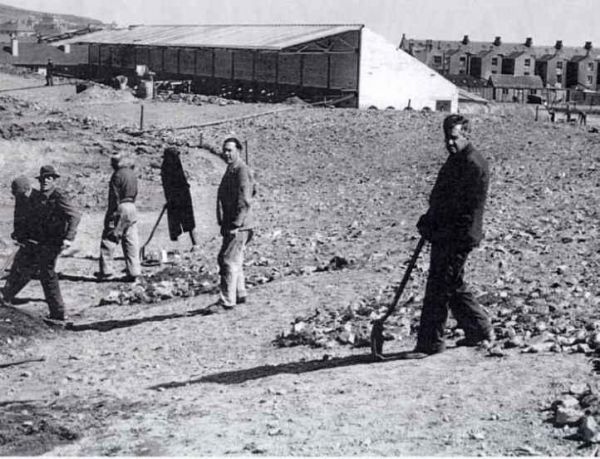 By 1948 men were employed on the task of levelling the hedges and filling the ditches - there were no JCBs in those days! Work continued through 1949/50 with the finishing touches being put to the stadium and its environs ready for the 1951 summer season.

The opening of Onchan Park was timed to coincide with the International Cycle Week and invited guests assembled on the afternoon of Tuesday 19th June 1951 to be welcomed by the Chairman of the Commissioners Mr Jack Nivison JP, MHK who performed the opening. 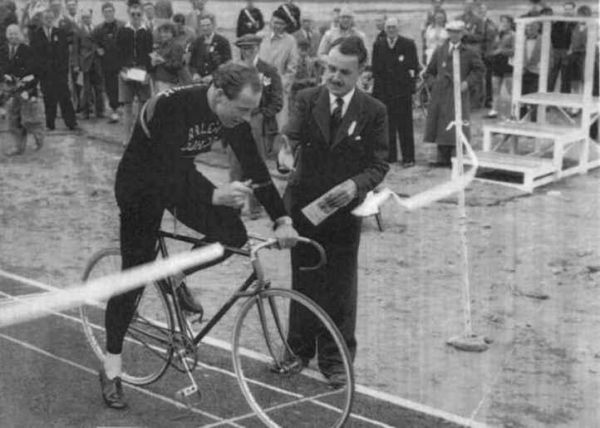 The cycle track was opened in the evening by Reg Harris, World Champion Sprint Cyclist and Britains Sportsman of the Year who completed a lap of the stadium track after cutting the tape.

Many cycling events were held in the stadium and in 1961 it was chosen for a world cycling championship and a women's championship which brought competitors from all over the world. Elsewhere in the park a bowling green, tennis courts, putting green, miniature golf course and a children's play area were provided. The original scheme, which also incorporated changing rooms and a café set beneath a grandstand cost a total of £60,000 and was the envy of the rest of the Island.

Since that time there has been a rolling programme of improvements which has seen the creation of a boating lake on the site of the original tennis courts and the provision of new tennis courts close by. The café has been rebuilt with a restaurant above, the former squash courts facility is now a dance studio. A flat bowling green has been added to the crown green as well as bumper boats, crazy golf and electrically operated kiddie cars being additions to the facilities available.

The original playground comprised two sets of swings, a roundabout, seesaw and slide.

The children's playground has been greatly improved thanks to the generosity of the Isle of Man Lady Taverners who provided equipment which is suitable equally for disabled children as able bodied children. To the average person this integrated facility is not immediately apparent. The toilet facilities have been improved including the provision of two disabled persons toilets and an aviary has been added to the children's play area.

An early view of the crown bowling green which shows the original café and grandstand building in the background. To the right is the tall chimney of Onchan Laundry which was situated in Marion Road. 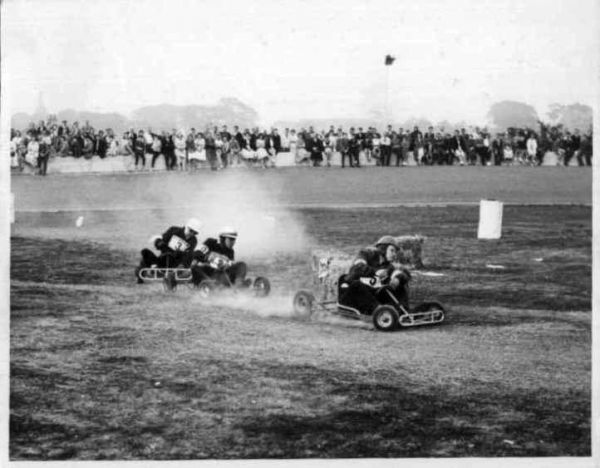 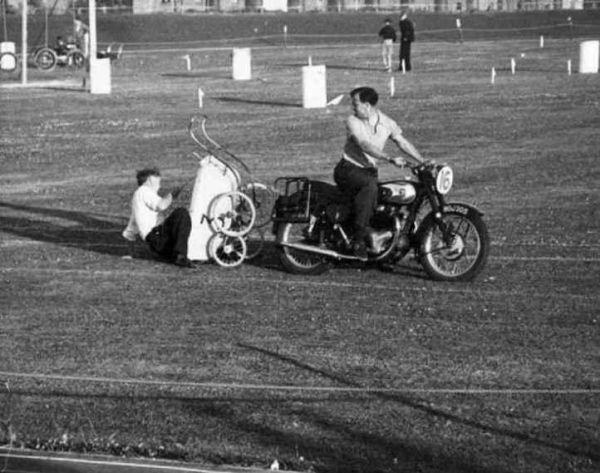 The pram race was a favourite at the motorcycle gymkhanas which were held every week during the 1950s and early 1960s.

Its a knockout was a regular feature on Wednesday evenings during the 1970s. 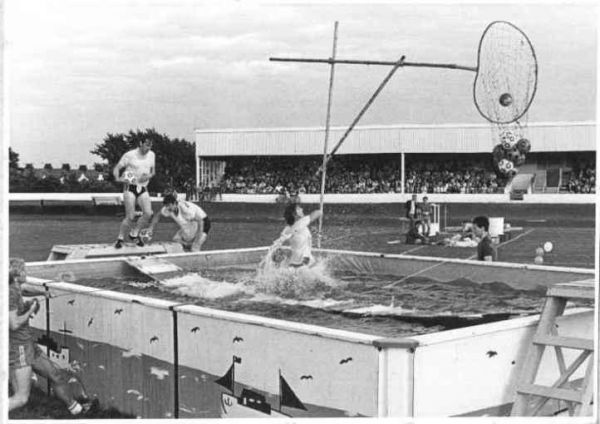